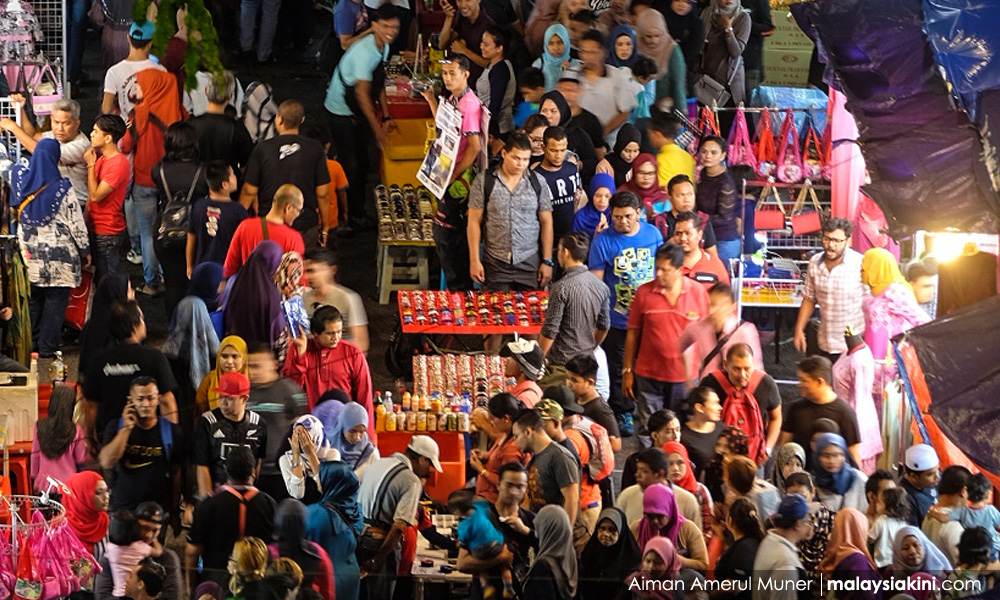 An edited version of this article originally appeared in MalaysiaKini

When Zakir Naik commented that those who wish to deport him must also consider asking our ‘old Chinese guests’ to leave, it left me dismayed. For one, I have never been a fan of the man. His supposedly intelligent debates are riddled with logical holes and distortions of facts that blatantly serve only to prove his claims no matter how incorrect they are. Famously referring to himself as a medical doctor at every chance, Zakir has proven he doesn’t understand even basic biology, calling evolution as ‘only a theory’ as if a scientific theory is equivalent to a theory as understood by the lay man (the latter is referred to as a hypothesis in science).

However, when he did come to Malaysia to allegedly escape from false accusations, I did not get on the bandwagon to deport him at our soonest convenience. Narendra Modi’s Hindu nationalist sentiments have time and again proven to result in oppression of non-Hindus and those from lower castes. Perhaps there might be a kernel of truth in his fears. Personally, I thought continued talks with the Indian government alongside investigations on the allegations to ensure proper protection of Zakir were imperative.

Having said this, my concerns on his influence were heightened when he started his usual play on proselytization by spewing false facts. Continuance of this could increase frictions between Muslims and non-Muslims in Malaysia, I believed. Now, this has been to be the case when Zakir passed the remarks, sparking immediate unrest amongst the masses. However, is Zakir Naik the central issue in this whole brouhaha?

We live in a shattered society of different communities each suspicious of the other. Superficially, there seems to be peace between these communities. But there are so many instances that prove deep undercurrents exist that thwart true cohesion. Being a minority, I am exposed to the hypocrisy of the status quo where a needs-based façade is used to justify a racially skewed narrative. The intention of the New Economic Policy, balancing racial inequality, has now been usurped to drive Malay supremacist or primacy logic. Instead of ‘we must cater to the economically deprived community’ the narrative has deviated to ‘we must recognize the majority community as more deserving of benefits due to their race’.

This is evident in arguments brought forth to counter non-Malay criticism. Oftentimes, non-Malays are called ungrateful and should be thankful to the rightful owners of the land, the Malays, whenever the status quo is challenged. Oftentimes, these ungrateful non-Malays are said to be traitorous to the nation as a whole and are recommended to be stripped of their citizenship. Scarier still are threats of violence against certain individuals or groups, sometimes with romantic longing for the return of the horrific riots of May 13th, 1969.

On the other side, there is still discrimination. According to, Lee Hwok-Aun and Muhammed Abdul Khalid, race matters much more than the quality of resumes, with Malays significantly less likely to be called for interviews compared to their Chinese counterparts. This did improve with proficiency in the Chinese language amongst the Malay candidates, though there was still a bias present. Similarly, the Centre for Governance and Political Studies (Cent-GPS) found the same Chinese bias did exist and added a strong negative bias against Indian candidates. This study was, unfortunately, flawed, as pointed out by Lee Hwok-Aun and Muhammed Abdul Khalid, on its claims that Chinese language proficiency is used as a smokescreen to vet out non-Chinese applicants. However, there is a need to point out that the stark pro-Chinese bias, and lesser interview prospects for Malay and especially Indian applicants in the private sector does exist.

These are data-driven findings. On the ground, there have been many first-hand accounts of open discrimination. In the work-place, how many times have we seen someone of a certain race primarily promoting only that race? Or a group of co-workers of the same race speaking primarily in a language only they understand? Or when dealing with certain GLCs, a racial quota being imposed on those who are bidding for tenders?

When it comes to the mentality behind these decisions, there is a strong sense of taking care of one’s own. On the Bumiputra side, we can see open flaunting of the fact that some businesses are fully owned by Bumiputras, sometimes alongside the message of “Let’s support Bumiputra businesses rather than others. If we don’t take care of our own, who will?”. Economic development is seen through the eyes of a communal separation.

For non-Bumis, seeing that Bumiputras are helped extensively by the government and multiple non-governmental structures with no regard to their actual neediness, it is seen as intelligent to behave in the same manner. From Mara to Amanah Saham Bumiputra, the security net for Malays are seen to be discriminatorily secure, so much so that even well-to-do Malays are unfairly assisted. To counter this, the non-Malay communities retreat to assist exclusively their own, often to the detriment of others. Sadly, survival is now only seen to be achievable when behaving in a racist manner, with thoughts of progressing together shifted aside as naïve.

This fracture is what causes over-sensitivity to the perceived encroachment on one’s community’s identity. Malays see buildings in the shape of crosses and over-react. Non-Malays see 6 pages of khat in their Bahasa Melayu syllabus and have a melt-down. Indian taxi drivers have hushed conversations with their Indian passengers on why not to trust Malays and how to use the Chinese to their benefit. Chinese don’t deem the Malay language to be the one to unify them, so gravitate towards Mandarin and English. Malays look at Zakir Naik’s comments against non-Malays and call him a brother in Islam. Do these not occur?

So, who is to be blamed? This is the first question everyone asks. For Malays, seeing Chinese discrimination in the private sector justifies focusing only on the Malay community for survival. For the non-Malays, seeing decades-old Bumiputra policies justifies focusing on their own communities exclusively. Some Indians, whom I have talked to personally, even justify perceived anti-Indian discrimination by other non-Malays in house renting and employment as understandable (smart, even) because they are only doing what they can so that their community continues surviving.

If we are being honest, the causes for racial discrimination are interconnected and complex. For any progress to be made, there needs to be a lot of radical work done sever the ties of communal distrust. For one, all affirmative action policies by the state must be decoupled from race and focus solely on needs-based justification. This way, well-to-do Bumiputras will not unfairly benefit to take away from needy non-Bumiputras whereas the tension between non-Bumis and Bumis can be alleviated.

Secondly, there needs to be an anti-discrimination act drafted to deal with inherently racist policies practiced by various individuals. These include, but are not limited tom hiring for jobs, renting houses, awarding contracts, granting scholarships and disseminating services. Sometimes, it is not enough to enact laws; enforcement is more important. In some areas, discrimination is already supposed to be extinct, such as job promotions, but they still vehemently exist. Are we to deny this? To change this, the very essence of communalism must be addressed, and Malaysians should be taught to trust and accept each other. This can only occur when class-based policies are introduced and kept pure from communal distortions and communal discrimination in society is restricted.

Of course, whatever I have pointed out so far is allegations which are unproven by studies. But there is a prevalent undercurrent I have been exposed to multiple times that seem to indicate these experiences hold generally, especially with respect to the non-Malay perspectives. I could be wrong, I fully accept that. However, I believe there is a need to properly address these feelings due to their multiple manifestations. There is no sense in sharing heartwarming stories, anecdotes or even chiding racism from a morally superior stance whilst not acknowledging the actual practices of Malaysians on the ground.