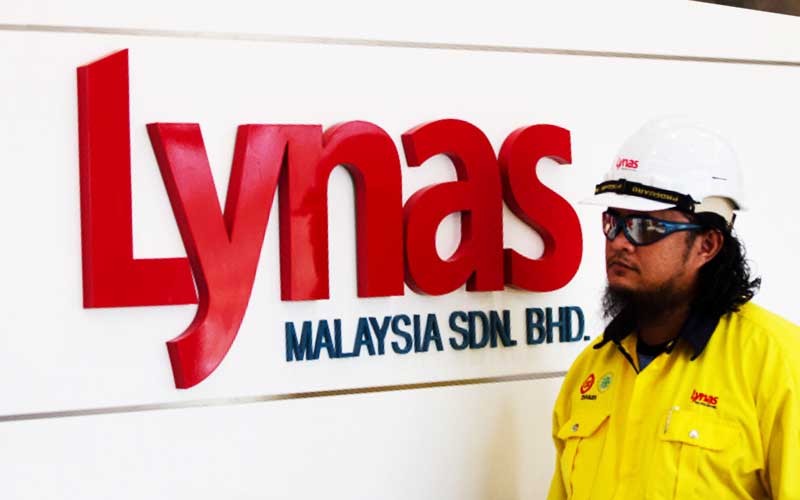 The following article is a reply to YB Wong Tack’s comment on Australian High Commissioner to Malaysia, Andrew Goledzinowski.

YB Wong probably thinks he has cornered the Australian High Commissioner to Malaysia by using such fancy words as corporate malfeasance but let me counter his arguments by a simpler term: political manipulation.

Firstly, Wong Tack claims the Aussie High Commissioner attempted to wave away Lynas’s responsibility on their wastes. He further claims the removal of wastes was expected of Lynas when they started operations. This is not the case.

YB Wong seems to refute this but in the recent Executive Committee report, page 33, point 71, it states:

So it is clear that the manipulation of facts is coming from the Wong Tack-Fuziah Salleh-Yeo Bee Yin camp towards Lynas, not the other way around. Either that or they don’t understand Bahasa Melayu. Basically, the ministers stated that it was a provision in the Temporary Operating License that Lynas was tied to removing the wastes. When this removal is necessary is as I have stated above according to the licensing terms which are readily available at the AELB website to be read. Particularly good is the FAQ Lynas – Compilation of FAQs from Feb 3rd to Apr 15th 2012.

Moreover, Wong Tack seems to preemptively yell ‘Checkmate!’ when he points out that while a scheduled waste generator can appeal to the Director General of the Department of Environment to store more than 20 metric tonnes of scheduled waste, the same can’t be done to store said wastes for more than 180 days, according to Regulation 9 of the Environmental Quality Act (Regulations) 2005.

Unfortunately for the YB, section 34 of the Environmental Quality Act 1974 states:

“If the Director General is satisfied on the application of any person interested that it is expedient to do so for the purpose of enabling investigation or research relevant to the problem of pollution to be carried out without rendering the applicant liable to proceedings under this Act or the regulations made thereunder, the Director General may by notice in writing to the applicant exempt, wholly or to a limited extent any premises or any equipment or industrial plant, subject to such conditions and for such period as may be specified in the notice.”

This is where the relevance of the first waste management strategy comes in. Lynas wastes are considered residue as there is a view of commercialising them for future purposes (amongst which is Condisoil). Coincidentally, point 34 of Bahagian 3 in the Executive Committee report states:

Further, according to Lynas themselves:

“Malaysian regulations provide two alternatives for management of this material:

As a lawful company, Lynas has sought to follow the policy direction of the government of Malaysia. For the past 5 years, the government’s preference was for Option 1 (reuse) and  therefore Lynas applied for (and received) temporary storage permissions pending reuse. During this time Lynas Malaysia did not apply for the LAMP to be licensed as prescribed premises for disposal of the material instead investing in research to identify suitable options for reuse.”

Regulation 7(i) of the Environmental Quality (Scheduled Waste) Regulations 2005 states:

“A waste generator may apply to the Director General in writing to have the scheduled wastes generated from their particular facility or process excluded from being treated, disposed of or recovered in premises or facilities other than at the prescribed premises or on-site treatment or recovery facilities.”

This is acknowledged by the Atomic Energy Licencing Board who state:

“P.U.(A) 274 (Part IV- Reuse and recycle of radioactive wastes): As defined in the Atomic Energy Licensing (Radioactive Waste Management) Regulations, clearance level means the values established by the Board and expressed in terms of activity concentration or total activity, at or below which the source of radiation may be released from the control of the Board as specified in Second Schedule of the Regulation. Any material falling below the limit stipulated in the Regulation is considered as non-radioactive and is not controlled by the regulator.

The limit for exemption of radioactive wastes is based on the activity concentration of radionuclides as referred to in the Atomic Energy Licensing (Radioactive Waste Management) 2011 and the permissible dose limit to public as stipulated by the Atomic Energy Licensing (Basic Safety Radiation Protection) Regulations, 2010. This is in-line with recommendation ICRP 60 (1991) set by the International Commission on Radiological Protection.”

Conclusively, we can see there is nothing sinister about Lynas, how it has operated, why it got the approvals it did and what is left to be done. Simply put, if the recycling option done by Lynas, which shows positive results but has been recommended by the Executive Committee to be continued by an independent committee funded by Lynas, the government can simply ask Lynas to build Permanent Disposal Facilities.

In fact, Lynas has been ready to pursue the PDF route for some time now and it was the previous government’s insistence on recycling that deterred them from pursuing it. The Executive Committee report even states that Lynas should build PDFs for their residue despite research on their reuse. Lynas is willing to pay for it, even.

So, recapping, the waste storage and disposal for Lynas has been going on smoothly without non-compliance. If not, surely the Government or at least NGOs such as Save Malaysia, Stop Lynas, Sahabat Alam Malaysia and the Consumer Association of Penang could have readily sued them. Are we supposed to believe with YB Wong in DAP, a party in the government, a party overseeing Lynas licensing through MESTECC, could not find the proof enough to file a class-action suit? Then again, they say time and again that they do.

But if this is not the case, and these NGOs don’t believe in Lynas recycling their residue, they can be pushing for Lynas to build safe PDFs, following the licensing terms, paid for by Lynas. They aren’t. They want Lynas to remove their wastes entirely, breaking the licensing terms in the first place. With a party that once slandered Lynas as a nuclear plant ready to explode, what else can we chalk this obstinance up to instead of political manipulation?

Finally, we must remember that such uncouth handling of a foreign diplomat might endanger the relationship between Australia and Malaysia. In anything that we do, there must be some level of diplomacy in handling international relation, what more when the other party is essentially correct.