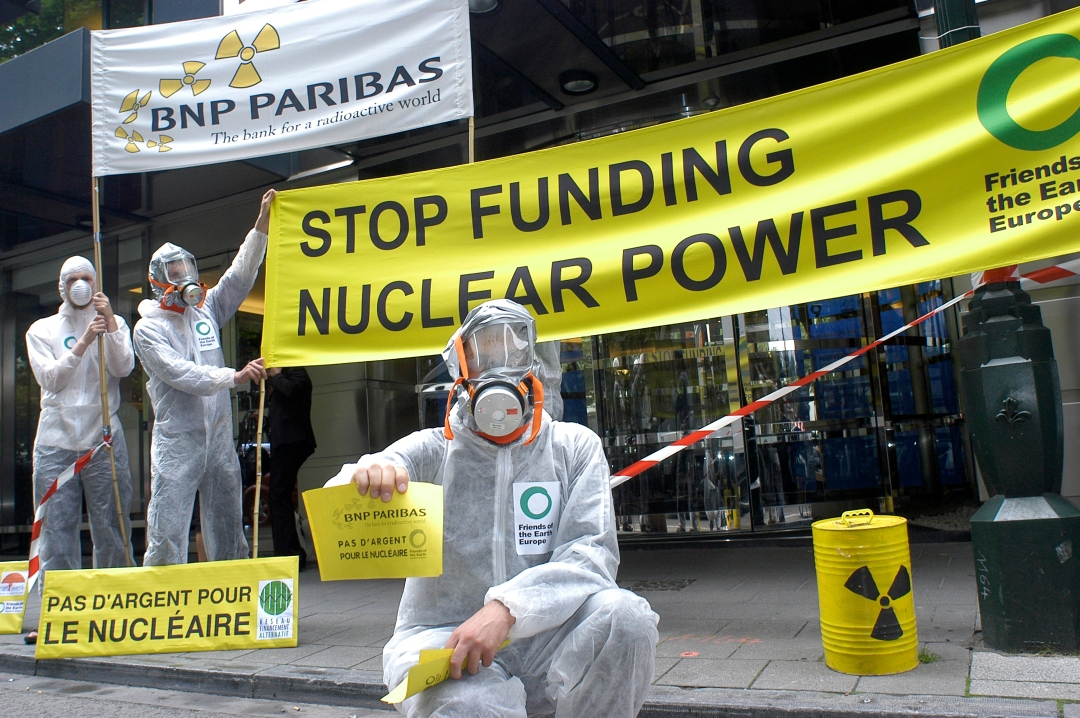 Following-up from my recent article on the Lynas issue, I noticed, especially in the comments section, a lot of criticism on issues I have covered before. Soon after, I read the letter signed by quite a number of CSOs led by Save Malaysia, Stop Lynas concerning their apprehension towards toxic wastes, going so far as to say Lynas has no place in Malaysia. I respect many of these groups, but they are misguided as a lot of environmentalists are, especially when it comes to sticking to the science. Environmentalists are usually champions of science, though, so it is confounding that they do not live up to their reputation. In this article I will expand on my observations concerning both Lynas and nuclear power.

Starting from the aforementioned article, I noticed comments suggesting my assertions were unfounded. Unfortunately, my requests for readers to follow my links to other sources to continue their research seem to have fallen on deaf ears. There was one who accused me of admitting to using false data in an earlier article. I didn’t use false data nor did I admit to it, I was merely apologising for my tone against YBM Yeo Bee Yin. Regardless, I was also asked whether I verified my claims, i.e when I said Lynas was compliant, did I actually read reports stating it.

So here they are: this link has the information on an IAEA report that found Lynas complied with their recommendations in their initial 2011 mission. For an even more comprehensive overview, one can just refer to the Lamp Operations Evaluation Executive Committee commissioned by the Ministry of Energy, Science, Technology, Environment and Climate Change (MESTECC) here, which I have referred to multiple times and will continue to do so. Just reading these reports, especially the latter, would be enough to show the timeline of exactly how compliant Lynas has been. Let’s hope these are finally read now.

Whilst I am on Lynas, another popular comment against my writing revolves around stating what metals are present in Lynas’s WLP residue. It will usually quote the half-lives of radioactive ones and even daughter nuclei formed from their decay. I applaud this but just knowing the names of these metals or half-lives does not make one understand their effects nor does it invalidate my arguments. There is such a thing as exposure levels or dosages. Any dangerous substance is rendered safe if the dosage is low enough. One can ingest cyanide, even, if the dosage is low enough (it is even found in lettuce). Similarly, taken in large enough amounts, anything benign turns dangerous (even water). So, I find it intellectually dishonest to not take these into consideration when talking about the danger of Lynas wastes. Proof that Lynas’s radiation has not exceeded dangerous levels can be found in the ExCo report above or in this FAQ list done by the Atomic Energy Licensing Board (AELB) here.

Also, the claim that Australia does not accept Lynas waste is inconsequential. Australian national regulation does say they will not accept responsibility for any waste product produced from offshore processing of resources purchased in Australia, one can make the case that this situation is different due to Lynas itself being an Australian company. Moreover, as we can see from the talks between the governments of Malaysia and Australia on handling Lynas’s wastes currently, these issues can be resolved with discussions. However, one thing to be stressed is just because Australia does something, does not mean it is a good idea. One must stick to the facts when ascertaining the if a certain methodology is beneficial or detrimental. Moreover, Australia does produce similar waste to Lynas already and do dispose of them within Australia, something local environmentalists would never talk about.

As I have said before, Lynas is a safe, environmentally benign and conscientious company whose environmental and safety records are secure whilst the attacks from SAM, SMSL and the like come from weak scientific conclusions arising from either a lack of scientific base, overexcitement or political mileage.

Moving on to nuclear power, environmentalists who push for decarbonisation really confuse me as the most viable method of producing low carbon electricity in a massive scale is demonised in such an unscientific manner. Organisations that tout to sticking to the facts unfortunately rely on cherry-picking to bolster their arguments. For example, nuclear waste is often said to be dangerous with mention of heavy metals that decay to release radiation but the actual impact is lost in the analysis.

For example, as I have covered in my previous article, 90% of nuclear waste consists of Low-Level Waste (LLW) which can be processed in a relatively straightforward manner. The rest are Intermediate-Level Waste (ILW) and High-Level Waste (HLW). These are immobilised with grouting material in air tight containers for immediate, short-term storage. For long-term storage, geological disposal has been touted to be a viable, low-impact, safe technology that is currently being pursued in Finland and Sweden. Whilst similar proposals have been put forth in other countries, like England and the United States, they have been shot down due to over politicking and sensationalism.

Environmental activists are often championing of renewable technologies, but they conveniently disregard the very real environmental and social impacts associated with them, as I have covered before as well. In terms of deaths caused, solar power kills more than 4 times the number of people killed by nuclear power, inclusive of Chernobyl, Three Mile Island and Fukushima. The least impactful renewable technology, wind, kills 1.1 times the number of people killed by nuclear power. Moreover, we have to consider the non-continuous nature of renewable power supply, land usage which is tremendous for renewable power and resource depletion. Our environmentalists are often good people but when it comes to energy, they become sadly biased in such a manner as to disregard proper science.

As an environmentalist myself, I find there is always a need observe a healthy scepticism. This includes any supposed solution to the issues concerning the environment. I used to be a champion of solar panels, wind turbines, hydroelectricity and even nuclear fusion. I used to think just these were enough, but researching more showed me the weaknesses of each, which I have covered before. I fear this step was not undertaken by many other environmentalists, fellow leftists and definitely not Malaysiakini commenters. Look it up, if we are to head towards decarbonisation in a meaningfully high rate, nuclear power is imperative.

From these two issues, the vocal opposition against Lynas and nuclear power, unfortunately shows that a lot of environmentalists in Malaysia, and even abroad, are susceptible to misrepresent science to suit their predetermined conclusions. Lynas is bad because they produce radioactive waste, so environmentalists find as much information to bolster that opinion. So the radioactive metal names are produced, their half-lives are stated, the daughter nuclei are highlighted and these are somehow lumped together to put forward a case against Lynas. The exposure limits are not stated, the risks of leaks are forgotten, actual radiological and environmental data from multiple assessments are disregarded, all to serve the narrative of Lynas being bad.

Similarly, nuclear power is touted as an evil, polluting, dangerous technology. Pontification on Chernobyl, Three Mile Island and Fukushima are favoured, with some sprinkling of emotional blackmail by stating whether it is ethical to leave behind so much radioactive waste for so long to the younger generation. There is no mention that nuclear power is the safest energy generating technology even beating out renewables, it is shockingly affordable if the non-continuous flow of power from renewable sources are taken into consideration, use least amount of land and nuclear waste management is sophisticated and mature enough to ensure maximum efficacy.

Why are our environmentalists behaving in such an anti-science manner, one wonders? One worries about the corrupting effects of corporate funding and political ambition. However, I believe the answer is simply human beings hate to be wrong and these environmentalists have been conditioned to believe in a certain narrative. It is indeed difficult to break away from preconceived notions. I can only hope to bring forth some sort of rationality into the mix. Liberasi is meant to liberate after all.