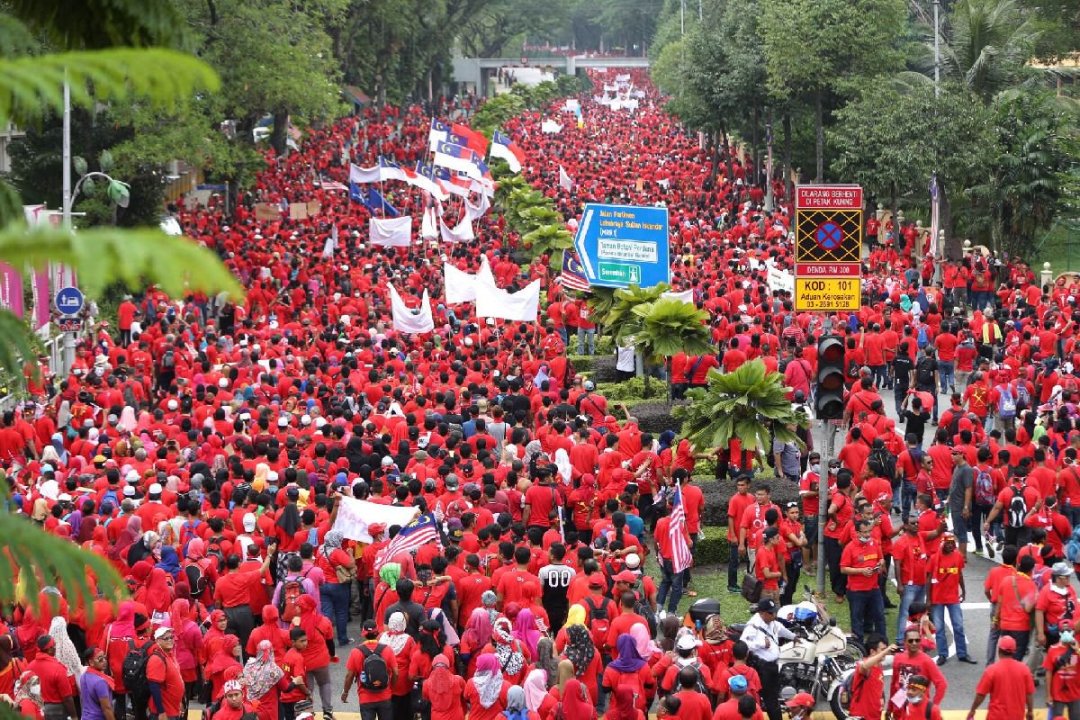 The Malaysian Students’ Leaders Summit XII will be held on the 11th of August. Session 1 of MSLS XII is entitled The Malaysian Dilemma: The Future of Race-Based Politics in Malaysia. This article focuses on a possible effect of the over-focus on Malay-Muslim sensitivities.

We are in an era of a New Malaysia, or so it is said. Sadly, there are still a few problems left that threaten to derail the optimism held by Malaysians for a better, fairer and more inclusive. Chief amongst these is a shaky voter base for Pakatan Harapan, the current ruling coalition, within the Malay demographic. Each day passes with what seems to be a new issue centred on some Malay organisation unhappy with the new state of affairs regarding Malay rights or the position of Islam. Worryingly, a lot of the arguments put forth revolve around a sense of entitlement that appears to indicate Malays putting themselves forward as not only separate but better than everyone else especially when it comes to defining the identity of the country and the type of policies to be implemented by the government.

We shall begin with the unfortunate incident involving Numan Afifi. To the uninitiated, Numan is a strong proponent for LGBTQ rights in Malaysia and was a temporary press secretary to the newly appointed Youth and Sports Minister, Syed Saddiq. Once this information reached the masses, pandemonium broke loose. Many Malay-Muslim organisations strongly protested Numan’s appointment, stressing the opinion that should an activist of the LGBTQ community be working so closely to government ministers, it might normalise the LGBTQ way of life. The misunderstandings within this reaction are numerous but they seem derived from a perception of superiority of their own personal opinions. The inability to accept that different people can hold different personal opinions when certain aspects are construed to be threatened comes through.

Note, it is not the individual faith that is challenged here (Muslims are entitled to their religious disapproval of Numan’s activism) but its extension to impose upon the personal life and rights of an individual which should be discontinued (backlash in the form of threats that affect another’s worklife and quality of life). The parallels between this and France’s hijab ban are palpable. Would the people against Numan accept the French who say that the ban is in line with French sensitivities and secular philosophy? In fact Islamophobia is such a sore point with Malay-Muslims that it is surprising the feeling of being discriminated did not temper their feelings towards some who think and live differently to them. Things were even more bothersome with the drama involving Tommy Thomas’s and Tan Sri Richard Malanujam appointments as Attorney General and Chief Justice respectively. Once again, racial and religious sentiments were played up to make it seem like the influence and rights of the Malay-Muslims were being eroded. The over-reliance on these sentiments rather than merit is counter-productive in terms of national growth as well which, as a developing nation, may lead to economic detriment.

So where does this all come from? The answer to that question is probably politics. Over 60 years of race-based politics has caused a lot of issues regarding the integration of races. We now have strong tribalism in Malaysia which is not limited to the Malay-Muslims. According to a research paper done by Dr. Ananthi Al Ramiah, Prof. Miles Hewstone and Ibrahim Suffian, more non-Malays identify with their ethnicities more than being Malaysian. However, amongst those who feel more Malaysian, non-Malays felt more favourably towards all other Malaysians whereas Malays did not feel more favourably towards non-Malays. This shows Malay-Muslims do not associate inter-racial connections with being Malaysian which might lend itself to justifying isolation from other Malaysian races. Interestingly, the aforementioned unwillingness to accept ideas opposing their preconceived opinions and sensitivities might be due to the differing vision of Malaysian-ness, which is attributed more to being Malay and around other Malays in the same paper.

With UMNO and PAS pulling out the tried and tested card of racial politics as Opposition to Pakatan Harapan’s government, the outlook for this getting better is not too positive. Even in the coalition that is Pakatan Harapan, the kingmaker party is PPBM, whose assurance of the Malay-Muslim community definitely helped the coalition to victory. Why else would the smallest party in the coalition hold both the Prime Minister and Home Minister roles? The future of policy-making depends a lot upon this party and how it responds to UMNO and PAS. What may worsen the condition is if there is an arms race between PPBM and the Opposition to shore up more Malay votes to strengthen their claim as the true representatives of Malay-Muslims. That can only lead to more racial separation and a deeply broken society.

Then again, are we being disingenuous by ignoring non-Malays who want to live in their own enclaves? For they do exist. How many companies looking for new recruits or landlords looking for rental tenants emphasize on Chinese-speakers as a requirement? When another research paper found it is so much more difficult for Malay job applicants to receive interview offers compared to Chinese ones in the private sector, how can we absolve the non-Malays of all wrongdoings? We aren’t, they are at fault too. Suspicion and distrust is rife amongst the non-Malays, going so far as viewing their Malay counterparts as entitled and undeserving at times.

The adherence to their own social circles and areas where their own race is concentrated or language is spoken shows an unwillingness to intermix. In fact the only difference between the social separatist mentality between Malays and non-Malays is that Malays have more political clout due to special privileges and sheer numbers. Even the supremacist logic I have lamented before is present in certain groups of non-Malays but is not as openly stated. These feelings manifest themselves as a reaction to an asymmetric governmental support which is greater, more direct and concrete for Malays. The fear of losing out and innate survival instincts kick in due to this which then foster a culture of ‘support your own’ amongst these races. This very culture is then pointed out as proof of non-Malays rejecting and disrespecting Malays, further increasing friction. It is a vicious cycle.

So, it isn’t just the Malays who lack empathy, for all races in Malaysia exhibit that weakness which threatens to derail our much aspired dreams of living together in peace. This is a social problem and will not be solved overnight through political intervention. But in the beginning, some political hand-holding is necessary. The opportunity in Pakatan Harapan for Malays and non-Malays to come together and truly learn about one another is rich. Unlike in Barisan Nasional where separate groups seem to work together yet represent each racial group separately, focusing on their own communities, with less emphasis on a combined approach where problems affecting separate groups can be seen to be indicative of a larger, structural issue. In Harapan, there is more intermingling, especially through PKR and DAP which are strong multiracial parties that involve different races working together to solve universal issues. Even Amanah, with a focus on a progressive Islam more in tune with the multiracial construct of Malaysian society, has its role. As the figurehead of the largest racial group in Malaysia within Harapan, PPBM would necessarily have to lead the charge.

They should not treat Malays as commodities or crops to fertilise with supremacist rhetoric for a higher yield of votes. Rather, engagement between Malays and non-Malays should be actively encouraged. This is not to be just nominal as well, we need deep discussions of difficult topics to really get to the root of issues affecting our society. Will Kelab Bunga Raya, which Wan Fayhsal says he envisions being akin to the Fabian Society, be up to the task? Only time will tell. The rest of us non-Malays should also take it upon ourselves to help in this cause, pushing forward open speech and practising true empathy.

Empathy is when we put ourselves in others’ shoes to understand where they are coming from. Their hopes, dreams, toils and sacrifices all shaping them to be the people they are, all impacting on the way they act and interact with others. Sometimes they might be belligerent or crude, rude or strange but they are essentially people too. When we can identify with the prevailing need to belong within each other, only then alone can we be living in peace and happiness. So before we turn on each other and ask why another person is being the way they are, maybe we should take a step back and reflect if we are being understanding enough of their situation. Malay or not, we all could use some empathy.

This article was originally published in CEKU.org